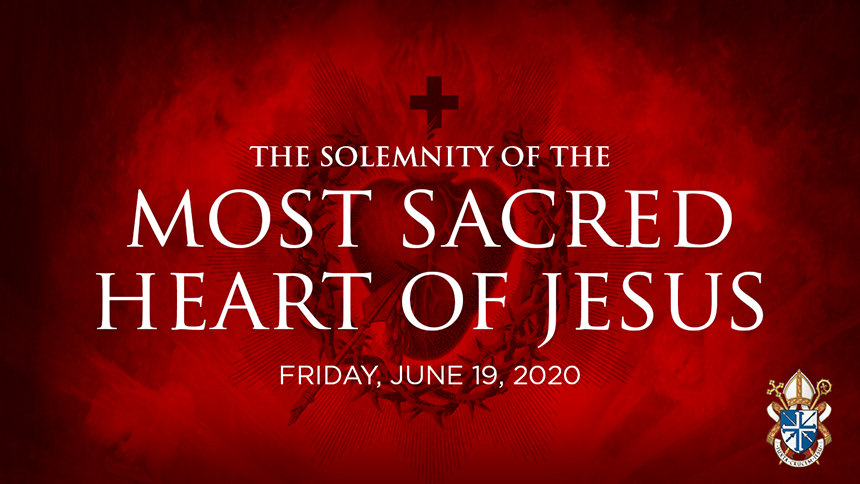 Today is the Solemnity of the Most Sacred Heart of Jesus. Happy Feast Day!

“By encouraging devotion to the Heart of Jesus, [we exhort] believers to open themselves to the mystery of God and of his love and to allow themselves to be transformed by it,” wrote Pope Benedict XVI in a letter of May 15, 2006, marking the 50th anniversary of Pope Pius XII’s Encyclical on the Sacred Heart, Haurietis Aquas.

Devotion to the Sacred Heart of Jesus can be traced back at least to the 11th century. It marked the spirituality of Saint Bernard of Clairvaux in the 12th century and of Saint Bonaventure and St. Gertrude the Great in the 13th century.

The first liturgical feast of the Sacred Heart was celebrated, with episcopal approval, on August 31, 1670, in the major seminary of Rennes, France, through the efforts of Saint John Eudes. but the institution of the feast was a result of the appearances of our Lord to the French nun and mystic, St. Margaret Mary Alacoque, in 1675.

“I promise you in the excessive mercy of my Heart that my all-powerful love will grant to all those who receive Holy Communion on the First Fridays in nine consecutive months the grace of final perseverance; they shall not die in my disgrace, nor without receiving their sacraments. My divine Heart shall be their safe refuge in this last moment,” said Jesus to St. Margaret Mary.

The celebration of the feast was extended to the general calendar of the Church by Pius IX in 1856. Since 2002, the Solemnity of the Sacred Heart of Jesus is also a special Day of Prayer for the Sanctification of Priests. Jesus, meek and humble of heart, make our hearts like unto Thine!