Bishop Boyea Reflects Upon the Eve of Final Professions

Bishop Boyea Reflects Upon the Eve of Final Professions 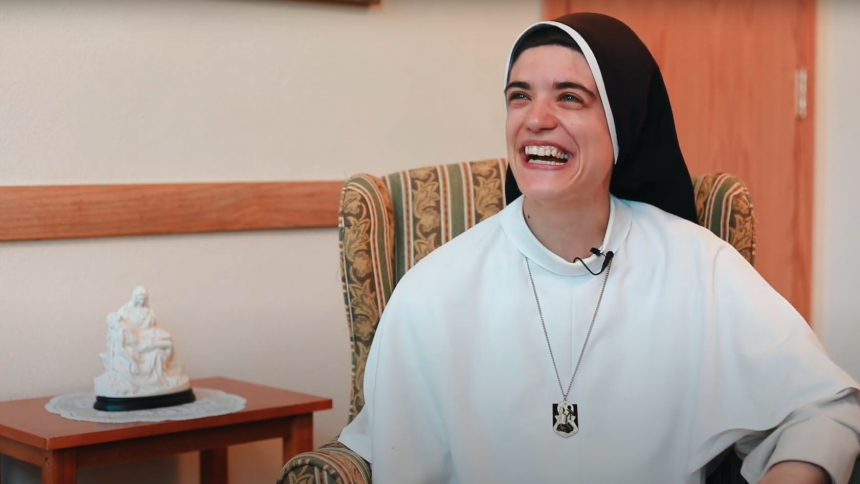 Tomorrow Wednesday, July 22, I will have the great privilege of officiating at the final profession of eight Dominican Sisters of Mary, Mother of the Eucharist, at their mother house in Ann Arbor.

“I think the real beauty of a vocation is that Jesus lets you say ‘yes’, he also lets you say ‘no’, it is on you but there’s so much freedom in knowing that He is always choosing you, he is always asking you, again and again, ‘will you follow me?’,” says Sister Mary Consolata Klucik O.P. meditating on her impending final vows. Watch her tell her story in the attached video.

What strikes you most upon watching Sister Consolata tell her story? For me, it’s her smile. In an age where many siren voices suggest that the path to human fulfilment lies in asserting our radical autonomy and embracing moral license, here we can witness in the youthful countenance of Sister Consolata what true happiness looks like. How can this be?

“A good man, though a slave, is free; but a wicked man, though a king, is a slave. For he serves, not one man alone, but what is worse, as many masters as he has vices,” explains Saint Augustine of Hippo (354 – 430) in the City of God.

Thus, as both faith and reason can testify: Virtue is true freedom. Holiness is true happiness. That’s because our freely taken decision to choose both, to say “yes” to both, is in greatest harmony with who we are and how we are made. Just as with our natural world, we human beings also have an “ecology” that we should recognize, protect and embrace. As Pope Benedict XVI suggested to the German Parliament in 2011:

“Man too has a nature that he must respect and that he cannot manipulate at will. Man is not merely self-creating freedom. Man does not create himself. He is intellect and will, but he is also nature, and his will is rightly ordered if he respects his nature, listens to it and accepts himself for who he is, as one who did not create himself. In this way, and in no other, is true human freedom fulfilled.”

Please do keep the eight young women who are due to give their “yes” to the Lord in your prayers.

Assuring you of my prayers, I am sincerely yours in Christ,

• You can watch the Final Professions tomorrow at 10am via Livestream. To find out more go to: https://goledigital.org/about/professions/

• This message was first published on Friday, July 17, in Bishop Boyea’s Friday Memo. That’s a direct e-mail from the bishop issued each week. You can subscribe to the Memo here: https://dioceseoflansing.flocknote.com/FridayMemo