This Sunday, the Solemnity of Christ the King, will see parishes across the Diocese of Lansing raise a collection for the new nine-member Diocesan Commission on Catholic Social Teaching.

“It has been commissioned to help support parishes in both understanding and living out these principles through catechesis and formation, equipping the faithful to become well-formed missionary disciples in the world.”

The consistent social teaching of the Catholic Church developed into the modern era during the pontificate of Pope Leo XIII with the publication of his encyclical Rerum Novarum (Latin for On New Things) in 1891 which dealt with the “Rights and Duties of Capital and Labor”.

Mark Cascarelli, secretary of the commission, is a member of St. Patrick Catholic Church in Brighton.  He graduated from Michigan State University with a bachelor’s in finance and from Central Michigan University with a master’s in health administration.  His son Kyle graduated from Aquinas University, Nathan graduated Michigan State, Jack is a freshman and Wayne State and his daughter Mary is in her final semester at Michigan State.  Mark looks forward to working through the Commission to educate and mobilize Catholics to live out the principles of Catholic Social Teaching in ways that transform their communities.

Rachel Pobocik is a member of St. Robert Bellarmine Parish in Flushing. She and her husband Nick are parents to four young boys. Rachel has a background in parish ministry and social outreach and holds a master’s in theology from the University of Notre Dame, where she was part of the Echo Faith Formation Leadership Program. She is passionate about sharing the full scope of the Church’s social teaching and its potential for bringing unity to our often divided and polarized society; she is also passionate about strengthening the connection between the Eucharistic life of the Church and the Church’s charitable activities.

Patricia Ellison is a member of St. Patrick Parish, Brighton, where she served for four years as Christian Service Coordinator. A native of Colombia, Patricia holds a degree in systems and computer engineering from the University of Los Andes, Bogota, Colombia. She has extensive experience promoting the dignity of the human person as a hospice volunteer as well as through her leadership in founding and coordinating the Witness to Life Ministry, a movement encompassing over twenty parishes in southern California, as well as the Respect Life ministry at St Patrick Parish. She and her husband Bob have two daughters and one grandchild.

Michael Andrews, Chancellor of the Diocese of Lansing, member ex officio, serves as the bishop’s liaison to the commission. He holds a master’s degree in theology from Mount Saint Mary’s University, Emmitsburg, Maryland and a bachelor’s in philosophy from Saint Charles Borromeo Seminary, Philadelphia. He joined the Diocese of Lansing as Director of Catechesis in August 2005 and served as Director of the Office of Worship from 2014 to 2018. He is an adjunct faculty member in the Program of Theological Studies at Siena Heights University, and serves as an instructor in Catholic social teaching for the diocesan formation program for deacon candidates. He and his wife, Susana, have two daughters, and are parishioners at St. Mary, Williamston.

Kishore Jayabalan, chair of the Diocesan Commission on Catholic Social Teaching, grew up in the Flint area, attending St. Mary Queen of Angels parish school in Swartz Creek and Flint Powers Catholic High School before studying political science and economics at the University of Michigan, Ann Arbor. He worked as an economist for the US Bureau of Labor Statistics in Washington, DC before receiving a MA in political science at the University of Toronto. In 1996, he was received into the Church by Pope John Paul II, and served at the Permanent Observer Mission of the Holy See to the United Nations in New York and the Pontifical Council for Justice and Peace at the Vatican. He was director of the Acton Institute’s Rome office for fifteen years. He has spent most of his professional life promoting Catholic social teaching around the world. He recently returned to Flint and attends Mass at St. Matthew.

Dr. Eric Scorsone was born and raised in Saginaw, MI and attended St. Thomas Elementary and Middle School. He attended Loyola University Chicago and majored in Economics, Michigan State University for a master’s degree in Agricultural and Environmental Economics and a doctoral degree at Colorado State University with a focus on state and local public finance.  Dr. Scorsone is a member of the St. Jude Catholic Community in DeWitt. His interest in Catholic social teaching is focused on the areas of a just wage, worker rights, income distribution and care for the environment.

Krystyn Schmerbeck is a parishioner at the Church of the Resurrection in Lansing and serves as the principal of Lansing Catholic High School. Krystyn, originally from Rochester, NY, has an extensive background in public policy, theology and education drawn from graduate work at George Washington University and Marymount University, as well as time spent in religious formation and more than ten years of experience working for the Catholic Church and in Catholic schools. Krystyn’s passion for Catholic Social Teaching is inspired by Saint John Paul II’s great love for the universality of the Catholic Church and his emphasis on the dignity of the human person.

Deacon John Finn has been a member of St. Martha Parish, Okemos, for 30 years. He was ordained to the Permanent Diaconate in the Diocese of Lansing on May 13, 2017. John earned a Bachelor of Arts Degree from Benedictine University, Lisle, Illinois; a master’s degree in Business Administration from Loyola University Chicago, Illinois; and a Certification in Theological Studies from Siena Heights University, Adrian, Michigan. He is an owner of LC Freight, a freight management firm in Lansing, Michigan. John and his wife Ruthanne have been married for sixteen years. Both previously widowed, they met in the choir at St. Martha. They have four adult children and nine grandchildren. Deacon John’s interest in Catholic Social Teaching includes the Life and Dignity of the Human Person and the Preferential Option for the Poor and Vulnerable.

Moira Cullen, vice-chair of the Diocesan Commission on Catholic Social Teaching, is a parishioner of St. Thomas the Apostle in Ann Arbor, Michigan.  She has been married to John for 22 years and they are in various stages of raising and educating their 6 children, ages 5 to 20.  She has served at St. Thomas on the Parish Council and Beautification Committee. She studied Philosophy, Theology and Great Books at the Franciscan University of Steubenville, taught Theology at the High School level and began a Chastity program dedicated to sharing the good news about the Church’s teaching on sex and marriage in 1998.  This work led to her testifying before Congress on the issue of abstinence education and continues to drive her in her passion to support parents in the education and formation of their own children.  She loves to write about Catholic family life in her free time and is looking forward to serving the diocese in this important work. 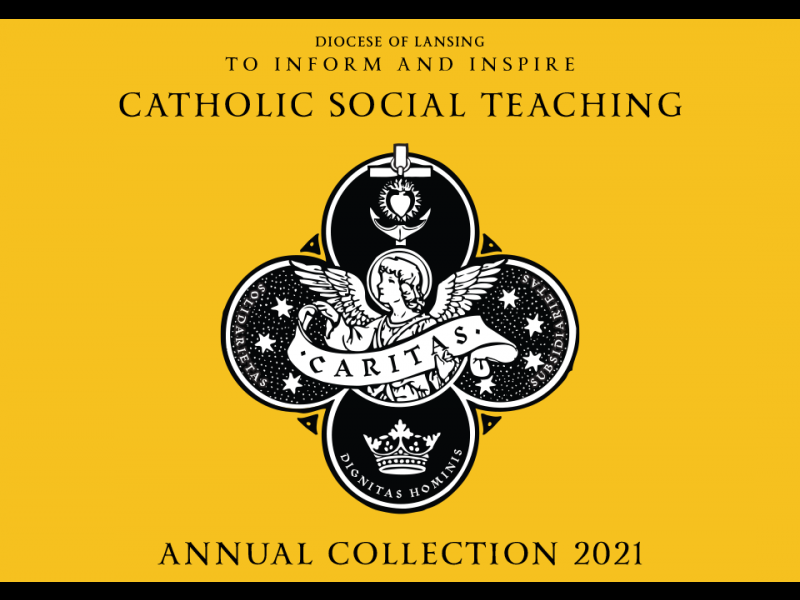