Prayers for a new Catholic hospital in Michigan

Prayers for a new Catholic hospital in Michigan

Bishop Earl Boyea of Lansing offered Holy Mass upon the Feast of Saint Pio of Pietrelcina, September 23, at the site of a proposed Catholic hospital complex within the Diocese of Lansing which is inspired by Padre Pio’s example of caring for the sick and dying.

“It was the sanctity given to Padre Pio which brings us here,” said Bishop Boyea in his homily to those gathered at the woodland site just outside the city of Howell in Livingston County.

The proposed hospital complex – known as “Casa USA” – is a collaboration between the Diocese of Lansing, which has donated 45-acres of land to it, and Catholic Healthcare International who say the project will be a “beacon of light of faithful Catholic healthcare delivery for all Catholic providers of care and medical education in the U.S.”.

The Michigan project will also include a first-of-its-kind “Terri Schiavo Rehab Center” to provide accurate diagnosis and care for patients with severe brain issues and a Christ Medicus Foundation Center for Public Policy and the development of faithful Catholic medical clinics.

The late Terri Schiavo’s brother, Bobby Schindler, was present at yesterday’s gathering near Howell which was also attended by several clergy of the Diocese of Lansing along with dozens of lay faithful who are supportive of the hospital project.

Prior to Holy Mass, Bishop Boyea blessed a newly created image of Padre Pio sharing in the Christ’s suffering by the artist Joseph Chovan which will become one of the site’s 14 Stations of the Cross. The bishop then blessed a new mural of Santa Maria delle Grazie – Saint Mary of Grace – which is part of a new reredos for a, similarly new, outdoor altar upon which Holy Mass was offered.

The day also saw the formal launch of a campaign to raise $5 Million to build a Saint Pio Adoration Chapel adjacent to the new mural and altar. The chapel will be at the heart of the new hospital complex. To find out more go to: https://www.chi-usa.com/ 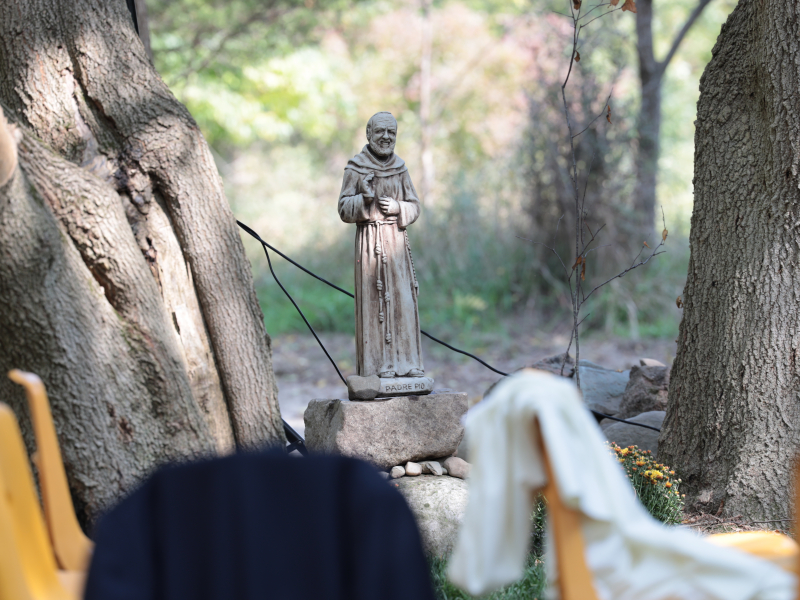 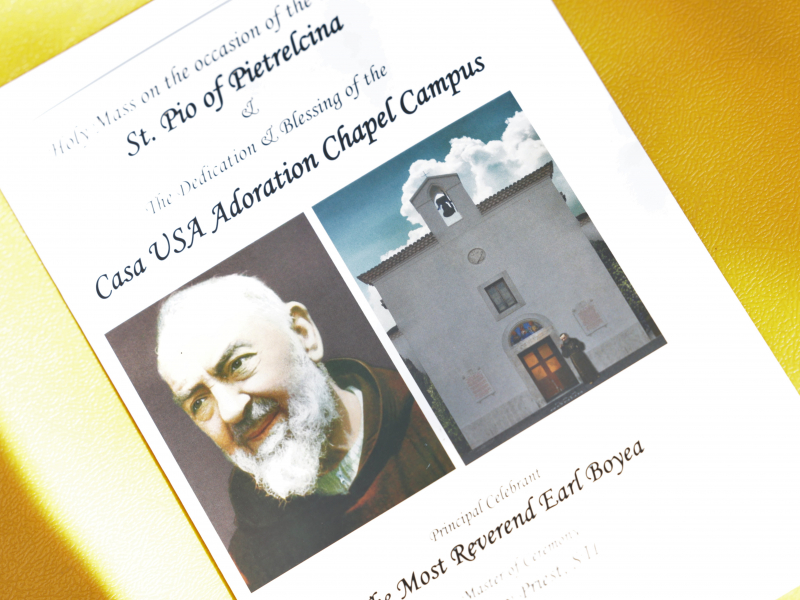 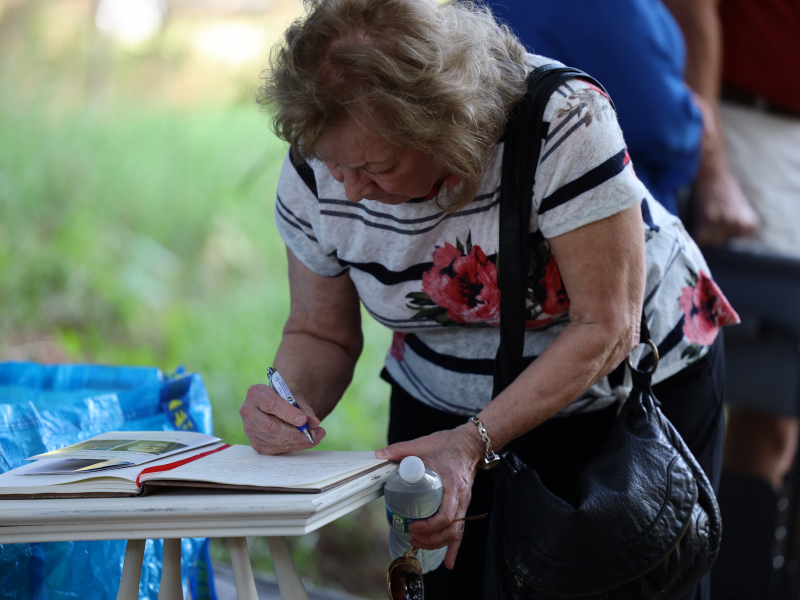 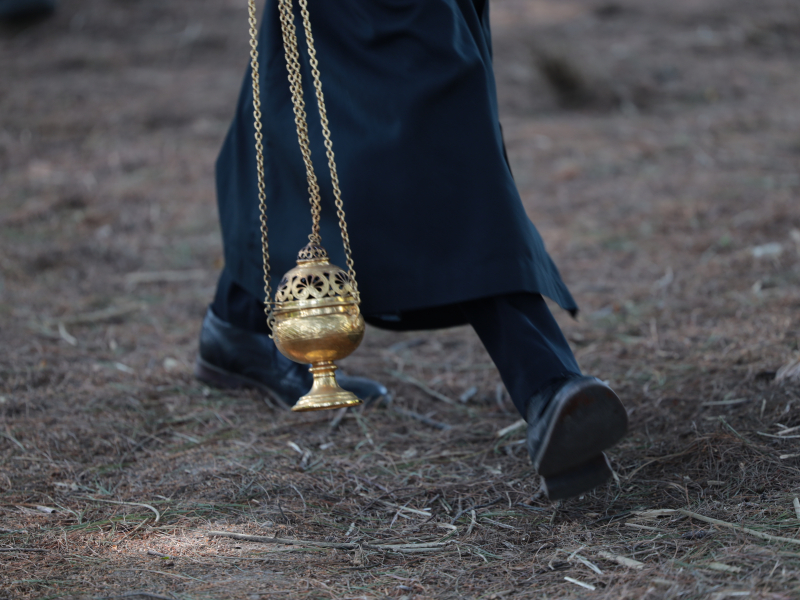 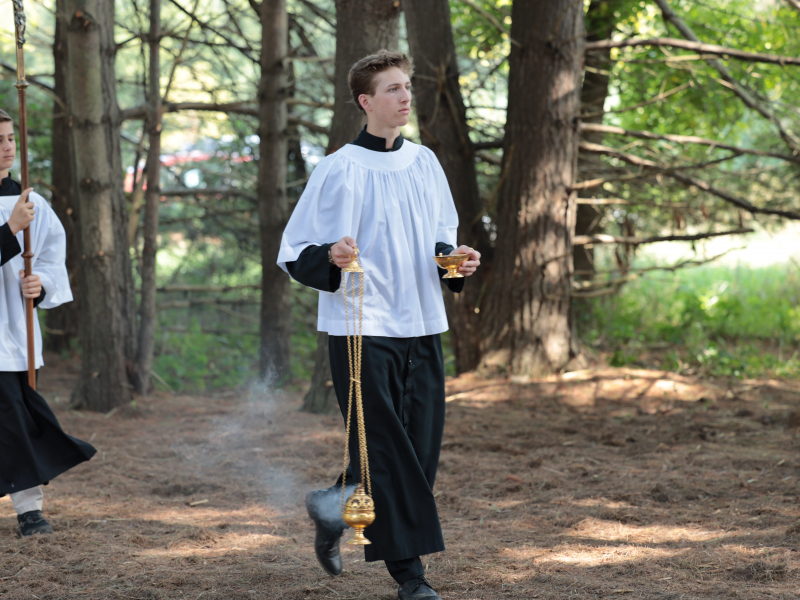 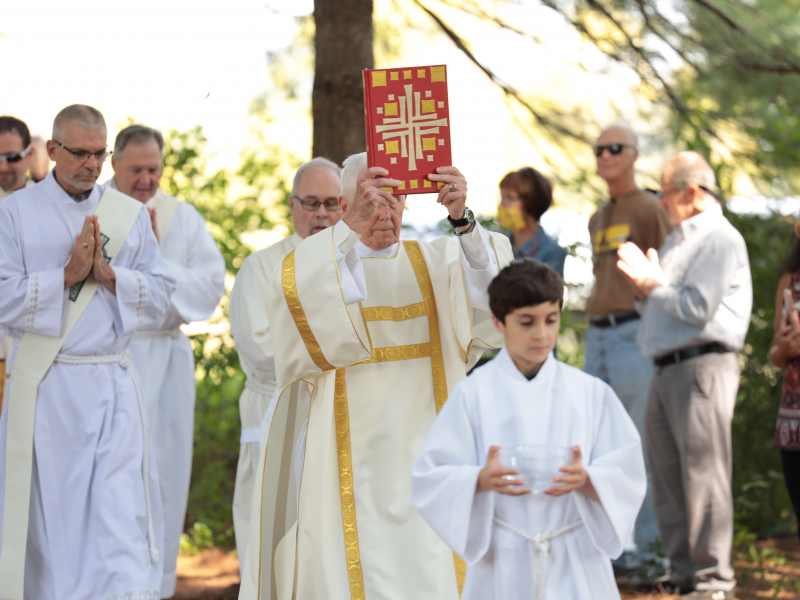 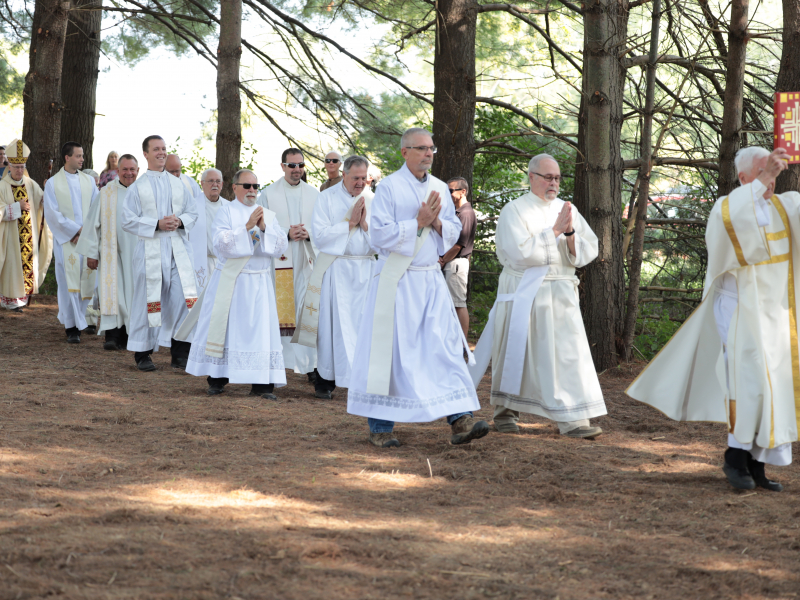 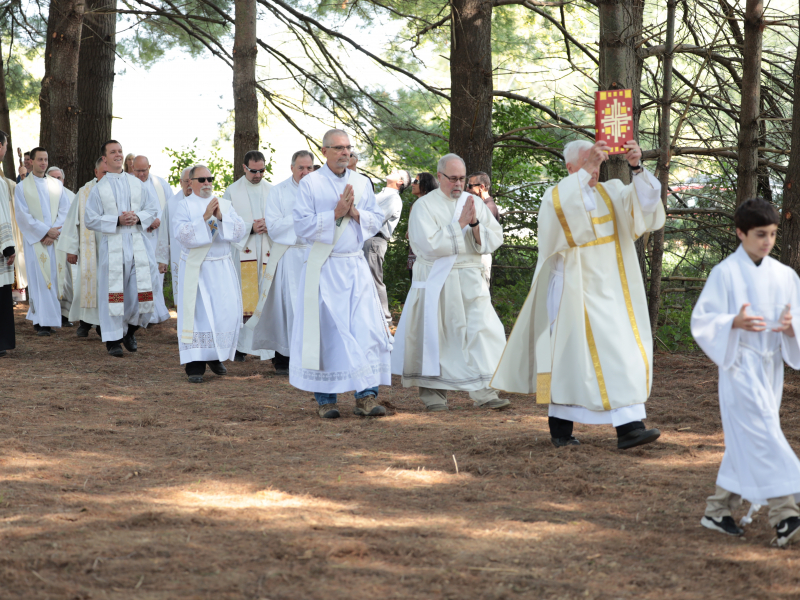 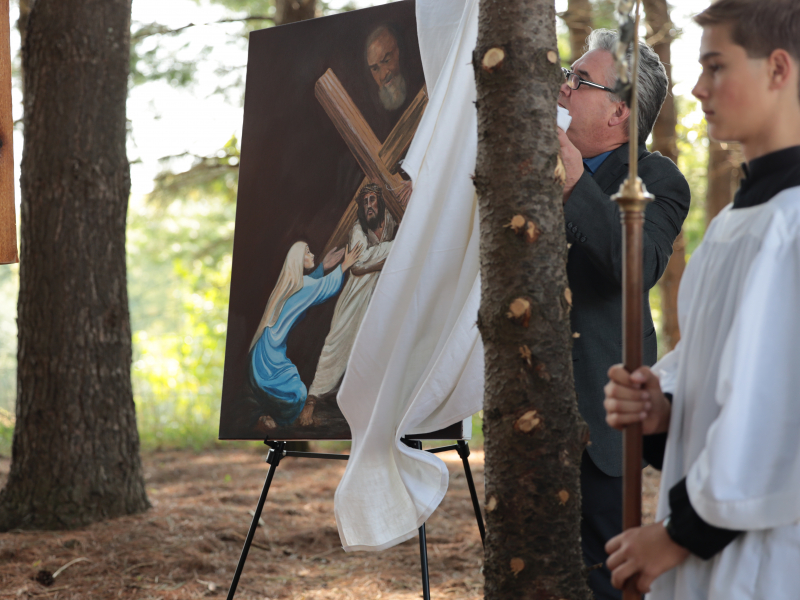 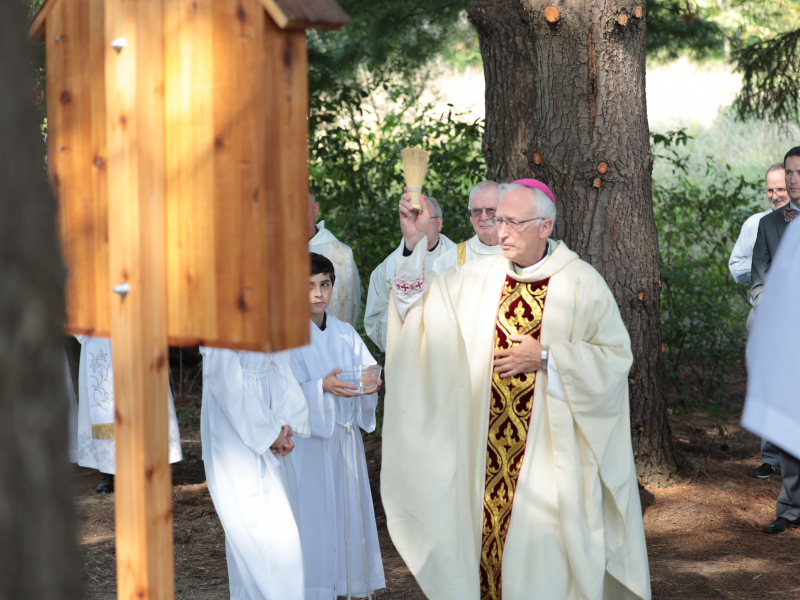 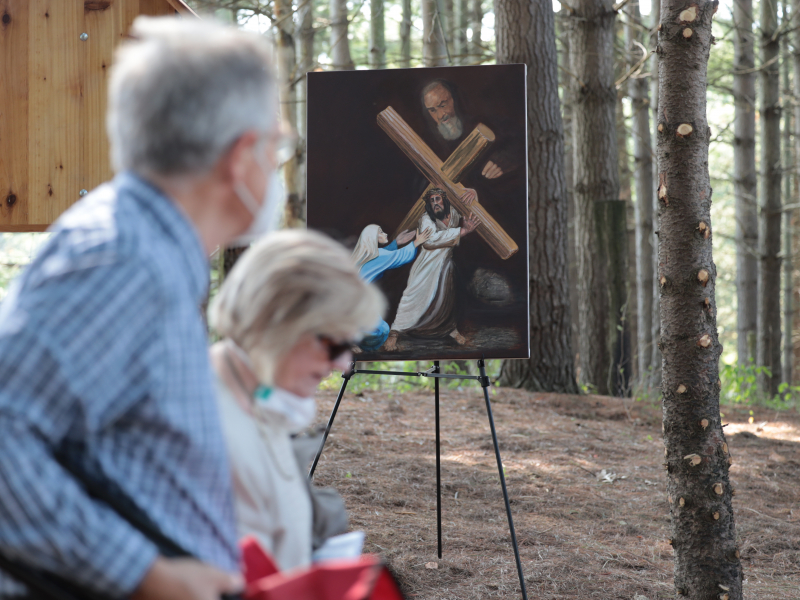 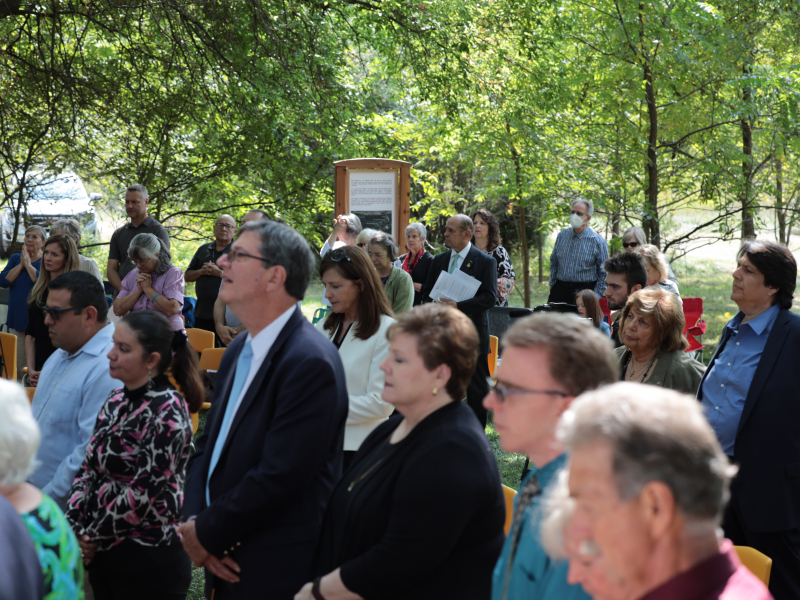 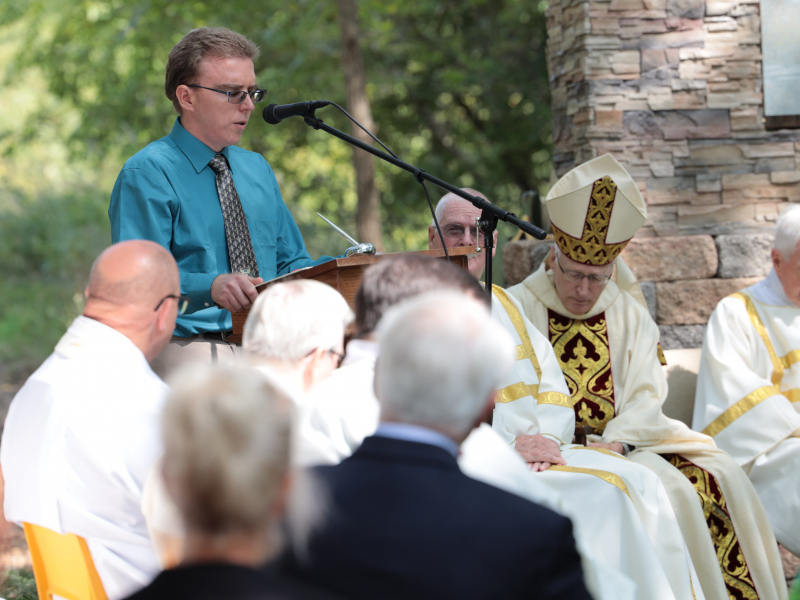 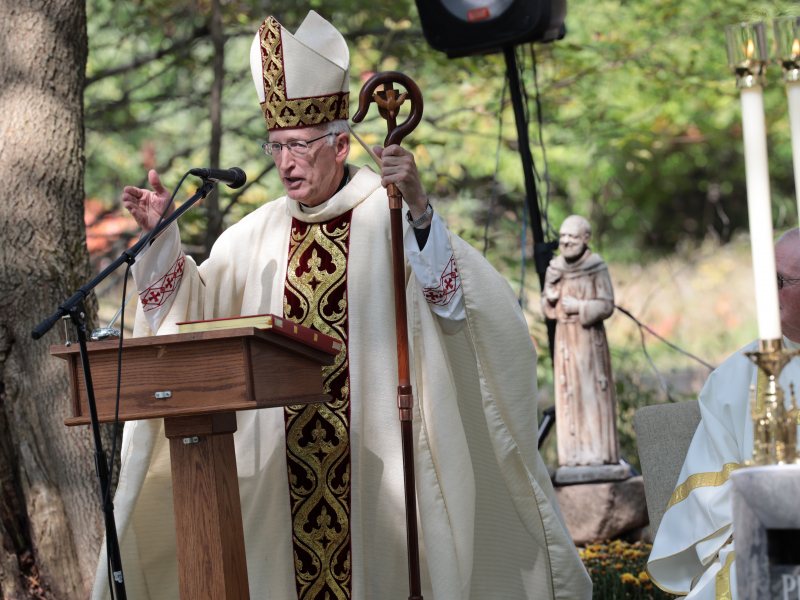 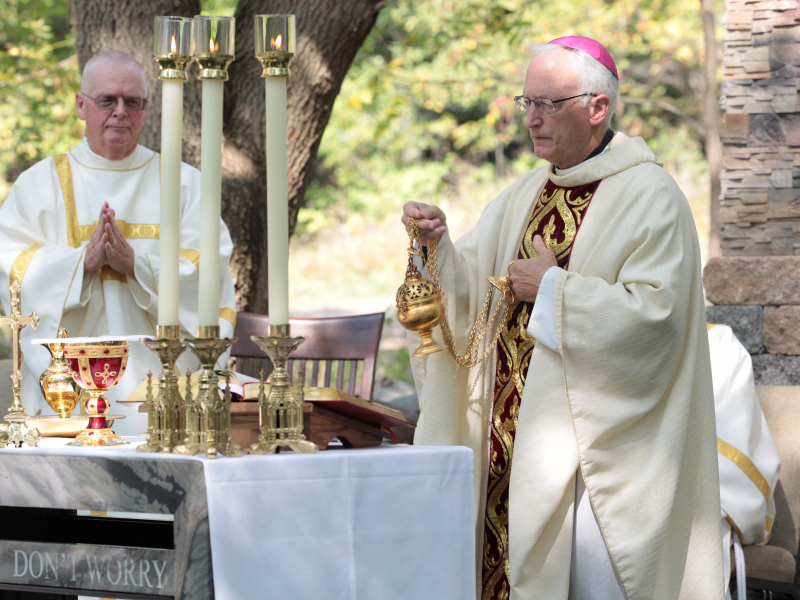 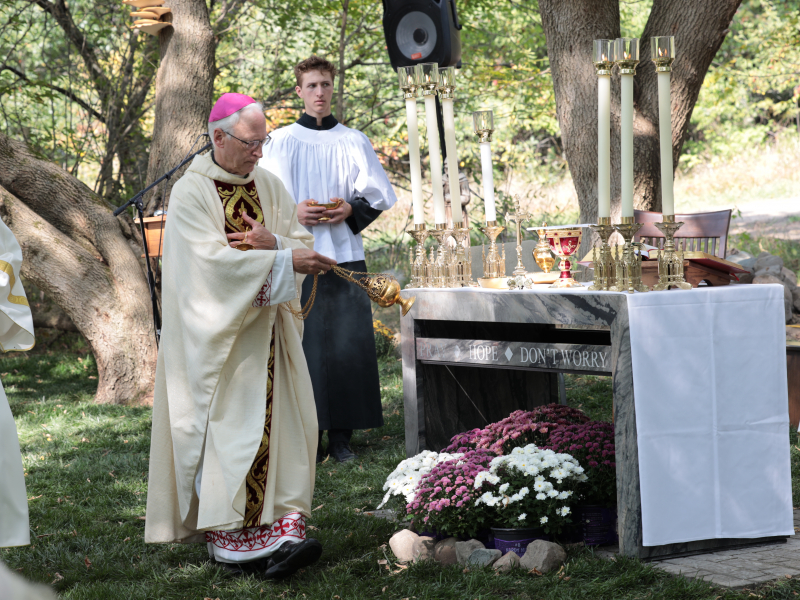 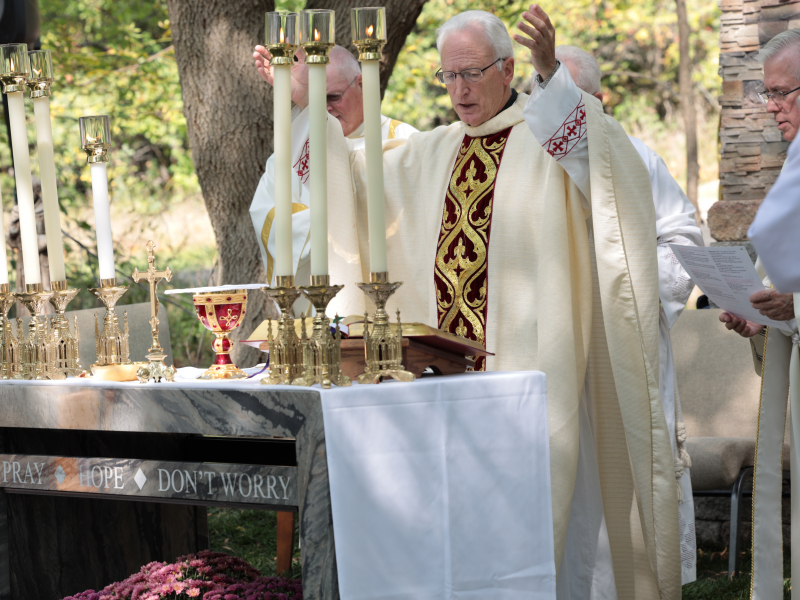