On the Path to the Diaconate

On the Path to the Diaconate

Congratulations to these 20 men from across the Diocese of Lansing who have taken one step closer to becoming deacons in recent days; three young men who received candidacy on the path to the sacred priesthood; 12 other men who received candidacy on the road to the permanent diaconate; and four men who admitted as acolytes, also on their way to the permanent diaconate. Please keep all of them in your prayers.

“God wants to use you, the Church wants to use you, and you are saying yes today,” said Bishop Earl Boyea in his homily at Holy Mass, 22 August, at Saint Thomas Aquinas in East Lansing where 15 men received candidacy.

“The temple is the key, for it is the House of God and all that we are to do, that to which we commit ourselves today is about God and not about us. What advances his glory. Today, you are being engaged to fulfill the prophesy of the Lord — be the very presence of our God in our midst.”

The Rite of Admission to Candidacy for Holy Orders is celebrated when a man has reached a maturity of purpose in his formation and has demonstrated the necessary qualifications for ordination. In the presence of the bishop, each man publicly expressed his intention to complete his preparation for holy orders and also his resolve to fully invest himself to that end, so as to best serve Jesus Christ and his Holy Church.

Meanwhile, on the evening of Wednesday, 25 August, five men who aspire to the Permanent Diaconate received the Ministry of Acolyte from Bishop Boyea at Saint Mary Cathedral in Lansing. The job of an acolyte is primarily associated with assisting the priest and deacon during Holy Mass, however they will also bring the Blessed Sacrament to the sick and housebound as well as distributing Holy Communion during Mass. Acolytes may also, under the guidance of the priest, present instruction to the faithful. They may also expose the Blessed Sacrament.

Those who received candidacy on the path to the sacred priesthood: Joshua Vincent Fons; Jack Andrew Jobst; Riley Patrick O’Shea. 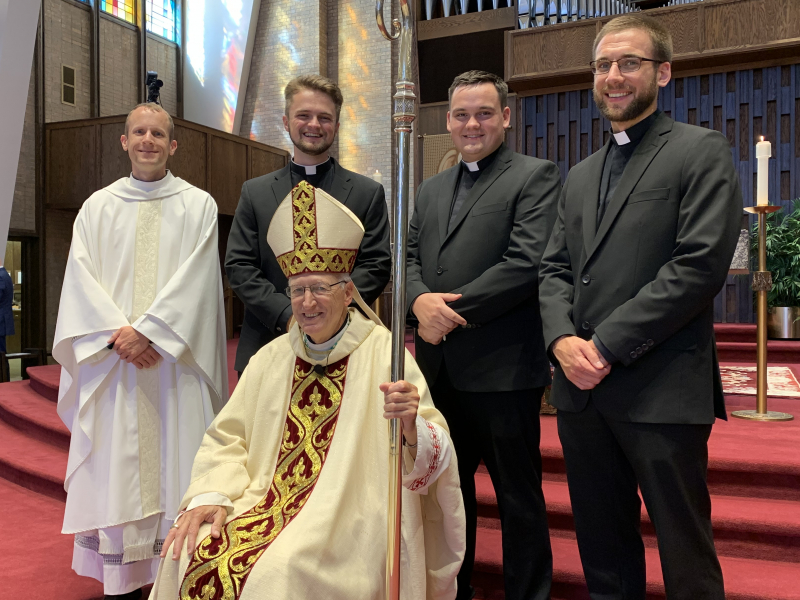 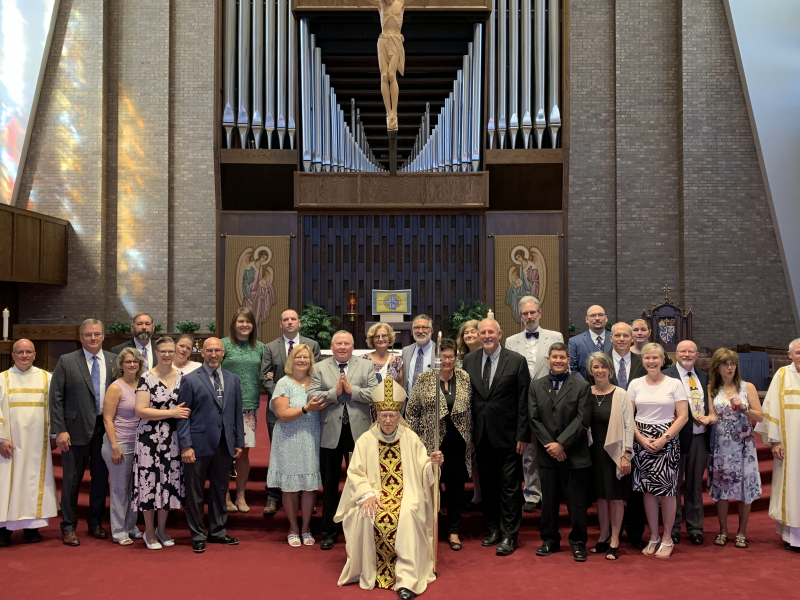 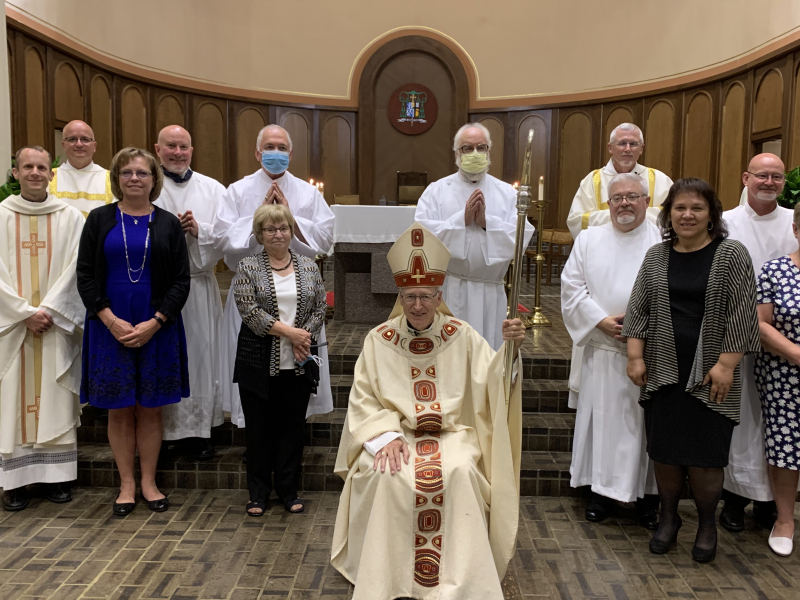